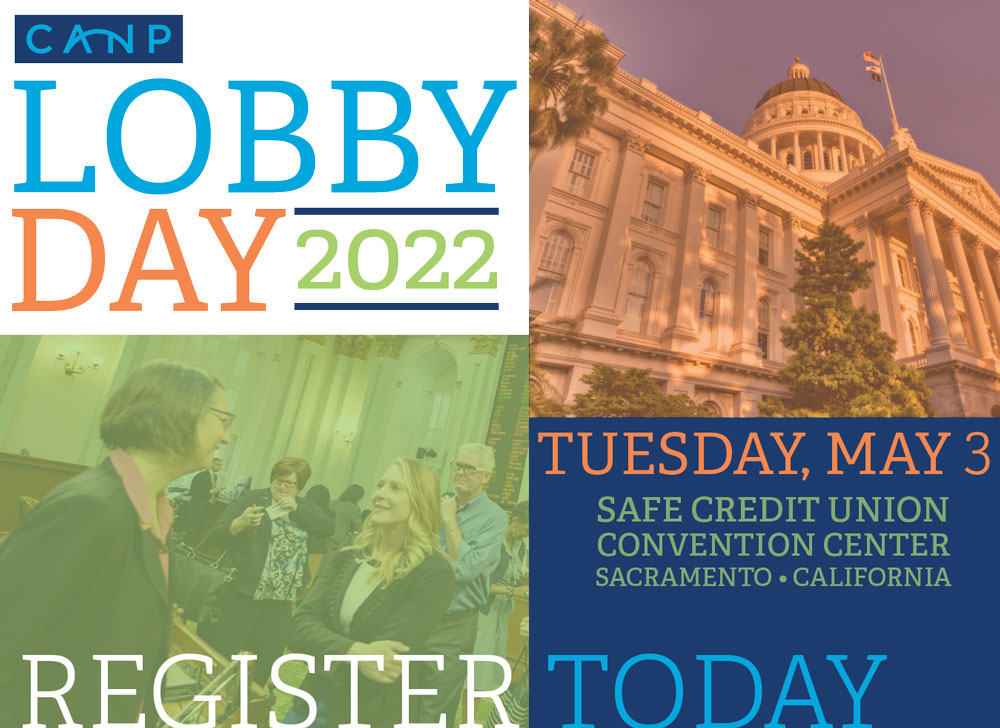 Lobby Day 2022 was held on Tuesday, May 3 at the SAFE Credit Union Convention Center in Sacramento.

We were also excited to hear from John Myers, Sacramento Bureau Chief for the Los Angeles Times, and Emily Hoven, reporter for CalMatters, for an exclusive “View from Sacramento". They lead a lively and insightful conversation on California politics moderated by CANP’s spokesperson and political consultant Andrew Acosta.

CANP Legislative Advocate, Kristy Wiese, provided an update on CANP-sponsored SB 1375 (Atkins) and AB 890 implementation efforts. We are focused both legislatively and through the regulatory process to ensure that the full intent of the legislation is achieved. Health Policy & Practice Committee Co-Chairs, Glenmore Hendricks and Alexa Curtis, discussed other priority legislation that could impact NPs.

Redistricting guru Paul Mitchell shared his insights and thinking on what the newly drawn lines across California will mean politically. Mitchell has been regularly cited in the media as an expert on elections and redistricting, including CNN, PBS, and as a regular analyst on California-based networks. He is the owner of Redistricting Partners, a data consulting firm specializing in redistricting, racially polarized voting analysis,  and the California Voting Rights Act implementation.

This annual event is always impactful, leaving nurse practitioner participants empowered to continue the conversation at the local level. Check back here for updates on Lobby Day 2023.